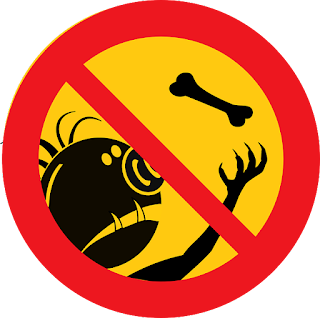 Constructive criticism is vital in professional board game design, and it's important after publishing the game. Without those wonderful people, designers and publishers would be left on their own and would have no clue about a lot of things going wrong. We learn from it; we can avoid mistakes and fix them. The list of benefits from the constructive criticism is very long!

However, irrational hate is something different!

I am very vulnerable to it, and I am always trying to avoid it. It's discouraging wing cutter. Ninety-nine percent of haters writes things on the internet only, and they would never say these things in a direct conversation with you. Haters just want to crush other people and their dreams. They don't want to help anyone.

I don't know exact reasons why they are doing it. I can assume that it makes them feel more important, great or powerful. Maybe some people failed to achieve their dreams in their lives, and now their actions are driven by their grief? Maybe it's a teenager who is trying to highlight his/her presence on the internet? Many reasons but the same consequences!

Did you meet a hater face to face?

After I had published my game, I had to face this problem. Like, everyone! All my fellow publishers and designers had a very similar experience. But one thing is fascinating: I have never met a hater in real life! No one ever told me to my face anything bad about my game. I don't remember even one person! Just the fans! However, the few haters were making me feel terrible! I felt devastated! Those few people had a bigger impact on me than hundreds of happy fans!

I choose to ignore them. I rather have fewer readers and customers just to avoid haters. To be honest, I don't want to waste my time for those people. I prefer to give it to my fans who are interested in what I am doing! And it is fair.

Any hope for a hater?

I just had a thought: is there anything we can do to help those haters? I think they are miserable people. They should ask themselves a question: why I am doing that? A simple question can sometimes change person's attitude! What do you think guys?